“Inspired by the standards of Mankind” —Acura.com

Comfort and control were top of mind when Acura developed the MDX suspension system. Both driver and passenger wish to be comfortable, but the driver also wants to feel in control. To achieve this dynamic, the rear multi-link suspension has been completely redesigned, while the front suspension has been enhanced in several ways.

There’s a driving mode to match your mood with the 6-speed Sequential SportShift transmission. In automatic mode, you can choose between efficient or sporty shifting. Or you can opt for either temporary or full manual control with the paddle shifters.

The Integrated Dynamics System (IDS) enables you to choose the feel of the dynamic responses within your vehicle. With a button located by the shifter, you can change from the “Normal” setting to “Sport” to increase steering feel and quicken throttle response. On Super Handling All-Wheel Drive™ (SH-AWD®) models, the system more aggressively distributes power to outside wheels in a curve.

No longer are the terms “fuel efficiency” and “SUV” on opposite sides of the road. The EPA Fuel Economy Ratings of 20 city, 28 highway and 23 combined are largely unheard of for a luxury 3-row SUV. Acura pulled out all the stops to make the MDX as efficient as possible.

The MDX brake system is engineered to match the sophistication of the engine and suspension systems with effective and easily controlled braking in dry, wet and icy conditions. It is also tuned to provide the precise modulation necessary for the utmost confidence during spirited driving. 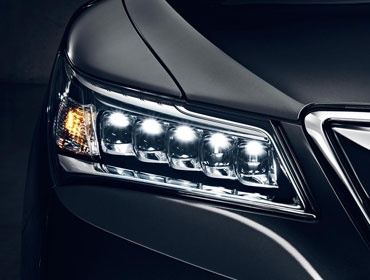 All MDX models are equipped with Jewel Eye® LED headlights. In addition to giving the MDX an elegant appearance, the five LEDs on each side provide a whiter, brighter beam, use less energy and last significantly longer than HID or halogen headlights. 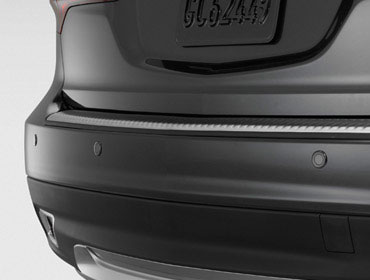 The sensors detect when the MDX is closely approaching a vehicle or surface in the front or rear. 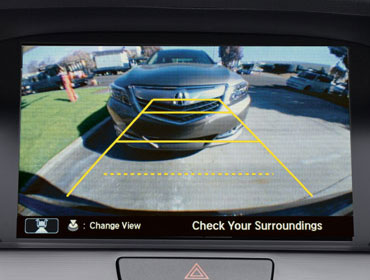 All MDX models include a rearview camera that automatically produces a display in the center screen when “Reverse” is engaged. There are three separate views, allowing you to select the one that best serves your situation. You can change the views by pressing the center panel’s “Enter” control. 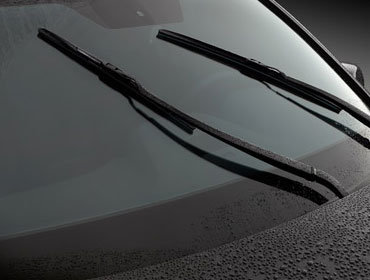 Wipers are generally taken for granted on all automobiles but the MDX wipers were given some unexpected sophistication.

There are four separate storage areas within reach of the driver and passengers with plenty of space for their travel accoutrements including a unique center console that features a combination of large and small compartments.

The MDX instrument panel is an experience in itself. Beginning at the front door panels, then sweeping across the curves of the of the signature Acura dual-cove instrument panel, the dashboard surrounds the driver and front passenger in luxury. Metallic accents provide just the right level of contrast.

Leading the way in audio and information technology has its advantages, and its challenges. As the number of features continued to increase, Acura designers were looking at a very crowded center panel. So they designed an intuitive touch screen called On Demand Multi-Use Display™ (ODMD™) to house all the controls you need at any given time. As a result, what could have been more than 41 buttons has been simplified to nine.

The outboard 2nd-row seats closely mimic the front seats with comfortable contoured shapes and pronounced side bolsters to help hold passengers in place.

The Tire Pressure Monitoring System (TPMS) can detect improperly inflated tires that can be safety hazards. Using pressure sensors mounted in each wheel that send readings to a central electronic control unit, the system evaluates whether the pressure is in an acceptable range.

All three 2nd row seating positions are equipped with LATCH (Lower Anchors and Tethers for CHildren) allowing LATCH-compatible child seats to be installed without the use of seat belts. The 3rd row seats have tether anchors and can accommodate a child seat using their seat belts.

The MDX uses the next generation Advanced Compatibility Engineering™ (ACE™) body structure to enhance occupant protection and crash compatibility in frontal crashes. This structure enabled the MDX to achieve 5- stars for every rating on the NHTSA front and side impact tests.

All seven seating positions in the MDX have 3-point belts and head restraints. The front seats also have a load limiting tensioner system. Each airbag has a sophisticated deployment system.

We're sorry, but we do not have a 2015 Acura MDX in our current inventory.